specific issues of shape and movement, which may be either intended or realised by chance effect are a central premise to the recent drawings of martin eugen raabenstein. similarly, time, as an archaeological metaphor through layering, expresses a unique redolence in the current series ambush. following the now familiar convention of poetic heads and opaque presences the processes that form the present series are denser and more complex than previously exercised. it is less the ephemeral presence of tissue and transparency, but rather concentrates on impregnated layers of paper, ink drawing, through to glue and ink wash. from a base paper support raabenstein has applied an initial surface and then an ink drawing, and thereafter applied a glued tissue layer which mixes various subtle amounts of ink within the acrylic glue application. in certain cases further drawn elements may be subsequently superimposed. what emerges through these effects is somewhat like a stiffened object-image with an added sense of a vellum-like surface texture. the head and bust-type images are thereafter brought into a chosen family of relations both in terms of scale and tonality for the purposes of exhibition. the calligraphic language remains, but it has moved from the position of an overt linearity in fusions of both the blot and the line. the suggestion being that ink not merely rests upon a support (a sheet of paper) but is somehow integrated, and with the use of acrylic glue and ink wash impregnates the surface. the former use or sense of linear control has now incorporated the spontaneity of chance effect. at the same time this new procedure has the further effect of creating a palimpsest (aspects of the hidden visible), which is to say it is layered with elements that are written or expressed on top of one another.

in this instance raabenstein has moved away from the calligraphic convention of the pictogram towards the aesthetic of the formless sensuality of the trace. and the trace reflects an increasingly a-temporal reality where procedures become inured within and upon one another. we no longer follow the subject as an immediate theme, but it is replaced by the ‚informe’ (formless) sense of an aesthetic presence that stands for itself. in other words it is the deconstructed internality of expression, it breaks down the expectations that the processes of forming suppose. it opens up drawing to a less controlled sense of determined ends, and its non-determined formlessness exposes the pictorial conditions of entropy - an unpredictable randomness. thus in the theory of the palimpsest layers are placed on top of one another but become integrated in such a way that the reading of the text or image enters a state of flux that can never be fully defined.

such a procedure and content instigates not only the archaeological metaphor of time, but the human experience of memories which themselves function like a palimpsest. we never remember things in a linear or diachronic manner, since memory is both voluntary and involuntary. issues of accumulation, erasure and cycles of destruction bring out what has been called the ‚enigmatic surplus‘ (barthes), which means in reality an aesthetic surplus namely the pictorial contents that remain undetermined with the continuous visual experience of a drawing or art work.i hence the role of chance effect becomes an aesthetic vehicle in its own right. this may be why this current series of drawings by Raabenstein are called simply ambush. an ambush is something that takes you by surprise, quite literally a sudden attack from a concealed position. the latest drawings of raabenstein pose the same question from within the hidden layers of his current procedures. ally this to his suggested parameters of his use of controlled chance, and we might similarly be said to experience a visual ambush of sorts.

i „we know that what constitutes graffiti is in fact neither the inscription nor its message but the wall, the background, the surface (the desktop); it is because the background exists fully, as an object which has already lived, that such writing always comes to it as an enigmatic surplus: what is in excess, supernumerary, out of place – that is what disturbs the order of things; or again: it is insofar as the background is not clean that it is unsuitable to thought (contrary to the philosopher’s blank sheet of paper) and therefore very suitable to everything that remains (art, indolence, pulsion, sensuality, irony, taste: everything the intellect can experience as so many aesthetic catastrophes).“ (roland barthes, the responsibility of forms: critical essays on art, music and representation, berkeley and london, university of california press, 1991. the essays date largely from the 1970s.) 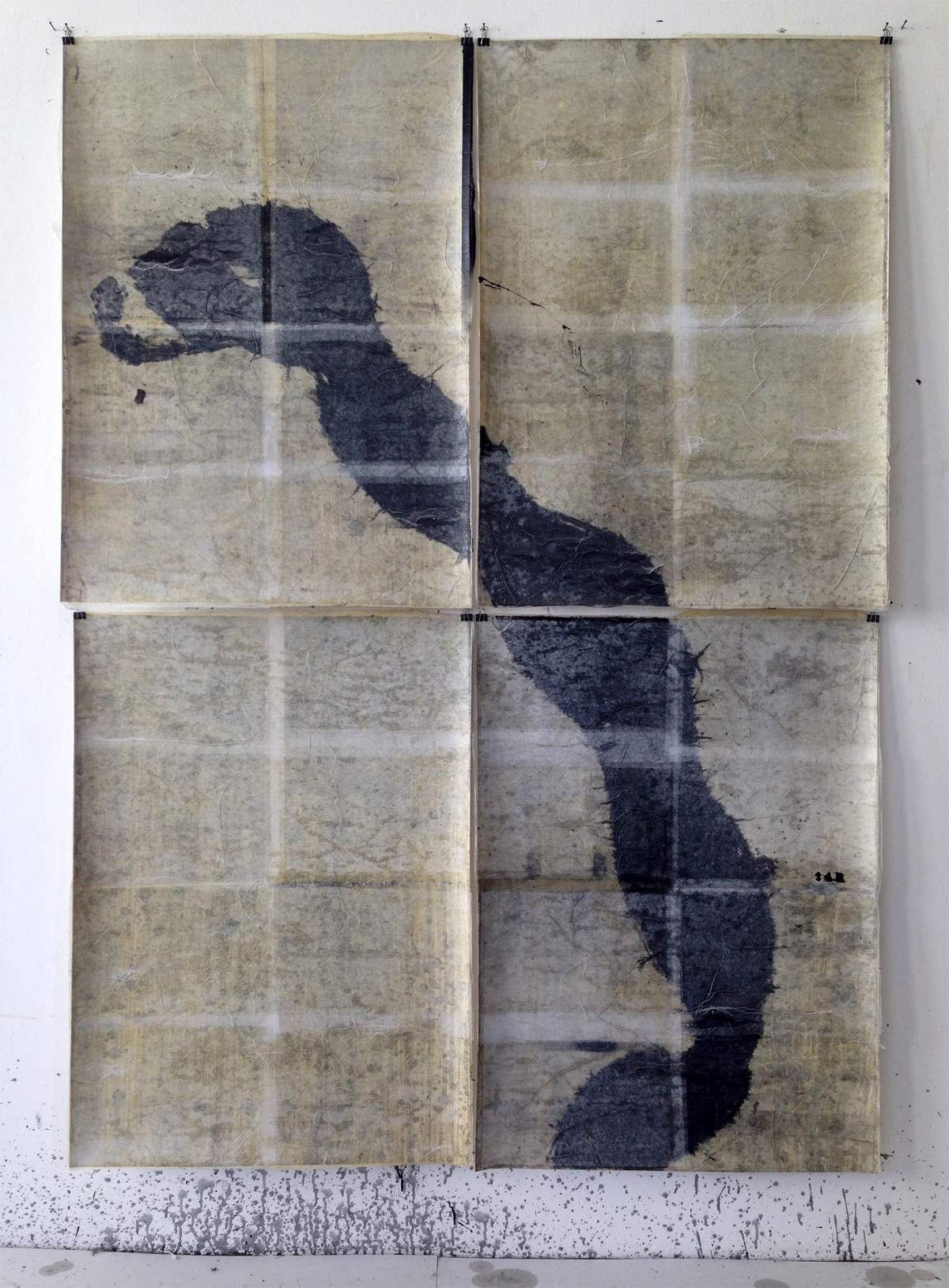